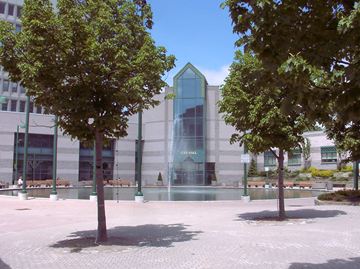 Barrie has the bones to make it one of the province’s best places to invest, the Real Estate Investment Network says.

Released Tuesday, the network’s Too Ontario Towns list ranks Kitchener/Cambridge as tops, followed by Hamilton, then by Barrie. Orillia makes the list at number 11, thanks, in part, to its proximity to Barrie, but also its investment in post-secondary education and downtown revitalization.

“This (report) consolidates all the key economic drivers that underpin the real estate market and is a forward-looking document, identifying markets that will outperform over the next four to five years,” said senior analyst Don Campbell, adding REIN has been doing such studies for 22 years.

It was about 10 years ago when Barrie made its first appearance on the hot real estate list.

“The GO train was coming. Over the next decade, we said, Barrie will grow by leaps and bounds. Barrie just kept hitting singles and doubles and instead of cottage country — it’s a city where people want to live,” Campbell recalled.

He suggested Barrie’s leaders continue to invest in infrastructure — the hard and soft services that make life easier to live — including roads and recreation and restaurants.

Economic development director Hany Kirolos said that’s been a focus for Barrie, both with its downtown revitalization efforts and its focus on business.

“What we continue to do by way of supporting and facilitating the expansion and retention of our current business base fuels not only our quality of life, but also residential and industrial/commercial/institutional real estate investment opportunities,” he said.

Helping move Barrie move up the scale — in desirability to live and invest — and driving up prices is the GO train, an initiative Barrie jumped aboard as preserved and upgraded an old rail line linking to Union Station.

“A few years ago, GO decided to ramp up their commuter train. We said, ‘You’ll see intensification and Gen Y moving in, lowering the average age. You’ll need new restaurants’.”

With almost 20 per cent of our population younger than 15, REIN forecasts “an above-average number of renters coming on the market” as well as a demand for more high-rise living.

Barrie’s waterfront and its proximity to the ski hills help sell the city to Gen Y, the impact of which Campbell warns against underestimating.

“There is the same number of Gen Ys as baby boomers, 27 per cent. You saw what the baby boomers did to the economy, the housing market and the car market. They’re OK with living in condos. It’s community focused and easy to walk to places.”

The study also highlighted wage gains in the city.

“It seems Barrie weekly earnings are finally catching up to the Ontario average, as the average weekly earnings in December 2013 were 7.2-per-cent higher than the same time the previous year,” the study noted.

With 15 residential developments in various stages of completion, housing construction in the city is forecast to remain on par with 2013 levels, with a value of $102 million. They range from downtown high rises to townhomes on the edge of a wetland.

The resale market is also tight, with the average price rising 6.1 per cent last year over 2012.

REIN noted that south-end prices tend to be higher, because of the more established Barrie South GO station, which helped drive up prices. The Allandale Waterfront GO station, which opened in 2012, is expected to have the same impact on central Barrie.